Stuff I learned about myself (and you) while crowdfunding 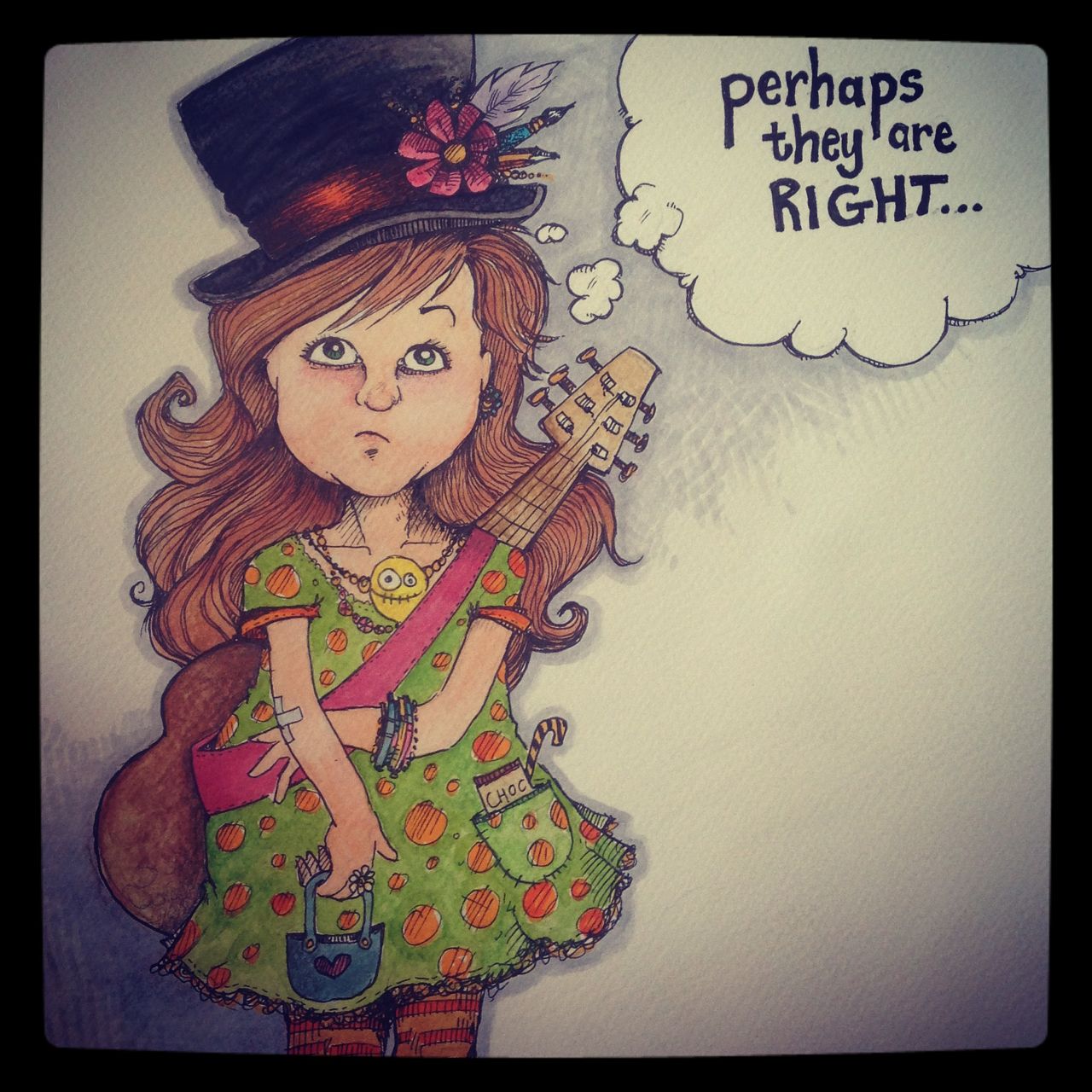 So – the grand ol’ crowdfunding campaign to help me raise money to print my book, “How Heather got her HAT’ness back” is now (thankfully)… over.

Those of you who are bone-tired of hearing me harp on about the crowdfunding can now heave a sign of relief.  No more e-mail bombarding and pleading Facebook posts… it’s over.  It’s done.

$3981 is enough… yes… to PRINT the book! (woo-hoooo!!!)  And come hell or high water… I’ll make sure we find the outstanding amount so that every backer (wherever they are in the world) will receive their books (and gratitude-goodies) posted to them as soon as the copies come off the press.

So – in a nutshell – the crowdfunding campaign was necessary… and I’m glad we did it!

But… it was NOT easy for me.

And I am glad-glad-glad-GLAD that it’s over!

In fact – I feel an enormous sense of relief… now that it’s done!

Here’s a nice photo of Tracy & I (taken by my friend, Tracey Kelsey). Tracy – by the way – is the “Andrew” I was searching for a while back. She has been an invaluable support… in ways too numerous to mention.

Here’s what I learned about myself during the last 40 days of crowd-funding:

1.  I REALLY DON’T LIKE CROWDFUNDING (or ANY kind of fundraising for that matter).

Well.  Okay.  I knew that from the get-go – but now I really-REALLY know.  I hate asking for anything… and especially help… and especially-especially money.  It goes against every inch of Patterson-Pride that lurks in my DNA (I think my dad – for example – would rather gnaw off his own digits – than… ever ASK – perish the thought! – somebody for help or money).

So it was VERY hard for me to ask for people to… y’know… give me…. y’know… actual… y’know… MONEY to support this campaign.  I felt like a beggar for 40 days.  It wasn’t fun.

When I launched this crowdfunding campaign… I made a decision that – regardless how hard and difficult it was to ask… I would force myself to do it anyway.  I would actively campaign… I would DO what needed to be done… and I would not just sit passively – waiting for funds to magically materialise in my bank account… waiting for Oprah to call… waiting for a giant hand to descend from the Heavenlies bearing a huge wad of cash – garnished with a velvet bow.

I would not wait… I would do.

So… DO is what we did.  Tracy and I had regular meetings and updates.  There was endless Face-booking, e-mailing and newsletter’ing… we even pulled together a last minute Songs & Stories evening in a last-ditch attempt to raise the remainder of the funds…

At the end of it all (even though we didn’t meet the goal)… I told Tracy that I still felt a certain sense of accomplishment… because I had done-my-part.  I hadn’t been passive.  I had been very pro-active… and that felt like a nice, healthy little self-esteem boost.  Noddy-badge for me.

3. CROWDFUNDING IRRITATES AND AMPLIFIES MY *ISSUES*…

We ALL have issues (obviously)… but the effect that crowdfunding had on me – was like putting an allergy-prone person in a small, musty room… surrounded by bales of cat-hair and buckets of pollen.  I itched… I scratched… my eyes watered… I broke out in a What-Will-People-Think-or-Say-about-Me rash… every day!

I ruminated obsessively too.

I lay awake at night and pondered my fate:

Blah-blah…. (I’ve already chatted a lot about these ruminations and inner ramblings quite a bit – so I won’t go into TOO much detail here)…

I wish I was one of those confident people who have the ability to market themselves without cringing, squirming and awkward-moment’ing with clockwork-regular melt-downs of insecure rantings (whilst finding solace in jars of Nutella and late-night-oily-popcorn)…  but – yes, well… sadly, not.

Hence… I am GLAD it’s over – and hopefully I can now return to some semblance of rational-human-behaviour.

And now … (drum-roll)… here’s what crowdfunding taught me about YOU (as in:  The-People-Out-There on the other side of this computer screen):

1. THERE ARE LOADS OF FLIPPIN’ AWESOME, GENEROUS PEOPLE OUT THERE!!!

Apart from the 81 kind souls who contributed financially… I have found myself wonderfully overwhelmed by the generosity, kindness and the words of support and encouragement… from SO MANY people.  Lots of kind folk shared my campaign on social media (even if they weren’t able to financially contribute).  Others sent e-mails of support and encouragement.

Seriously… (and I know I tend to be a bleeding-heart idealist)… but I absolutely DO believe that the majority of people out there in the world are GOOD people.  GENEROUS people.  KIND people.

And the knowledge of this fills me with hope and happiness.

2.  EVERY TIME I MAKE ASSUMPTIONS ABOUT PEOPLE – I TURN OUT TO BE WRONG.

There were certain people whom I expected to fund my campaign (I’ve written about the miseries of expectations on this blog before)… and – as Shakespeare rightly said:  “Expectations are the root of all heartache”.

I found myself feeling a bit… disappointed… that certain people – whom I had expected would support the campaign… remained ominously silent (thus significantly amplifying my already out-of-control inner thoughts and insecurities).

And – interestingly – many people whom I DIDN’T expect would support me… (either because I thought it would be too expensive for them… or because I thought they just wouldn’t be interested)… DID support me.  A friend from primary school – whom I haven’t seen for years – whom I assumed wasn’t particularly keen on Hatty things… deposited $100!  Another friend – whom I assumed to be broke – deposited $120!   A very conservative, religious friend of my mother was another one who donated very generously (and I wasn’t expecting that at all).

So it just shows.  My assumptions about people are usually always WRONG.

(Now I can just remind my Ruminating Self of that fact… my insomnia should improve somewhat).

I feel grateful, happy… and loved.

I am over-the-moon-delighted that there’s a little tribe of people who get the Hat-Thing… and who have been sooo supportive and encouraging.  My cup runneth over! 😉

Now… if you’ll excuse me… I am going to disappear into my studio.   For the next 2 solid weeks, you’ll find me here… surrounded by blobs of paint, scraps of paper, glitter, photos, scribbles of rhyming words (and lots and lots of empty coffee cups).  During the next two weeks… (while I wait for the campaign money to arrive in my bank account)… I shall be finishing off the last pages and pieces of the book – and then uploading the whole lot onto the printer servers…

Stuff is happening, folk!  This big-crazy-dream of mine… is actually happening!  🙂

To every person reading this:  THANK-YOU for journeying with me!! 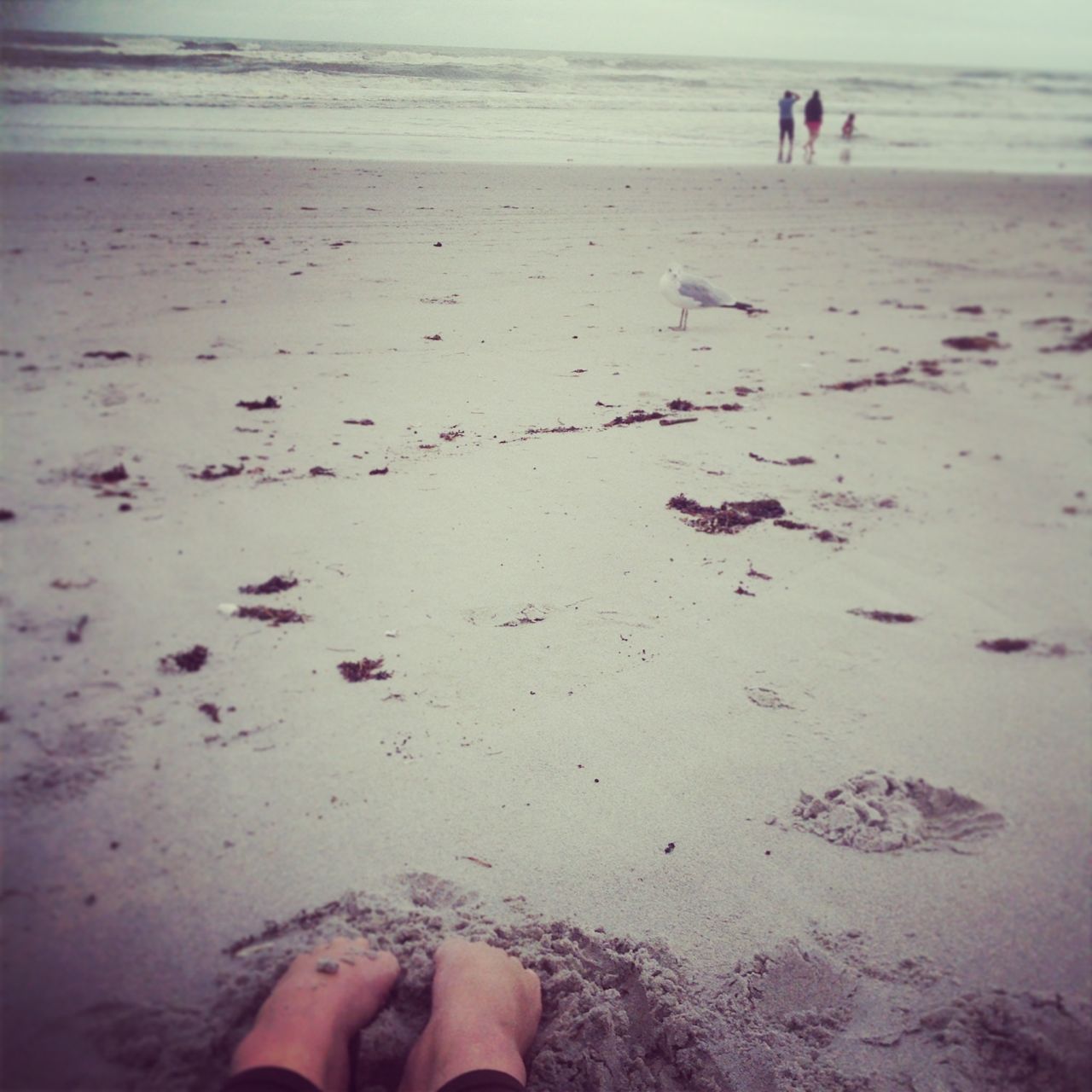 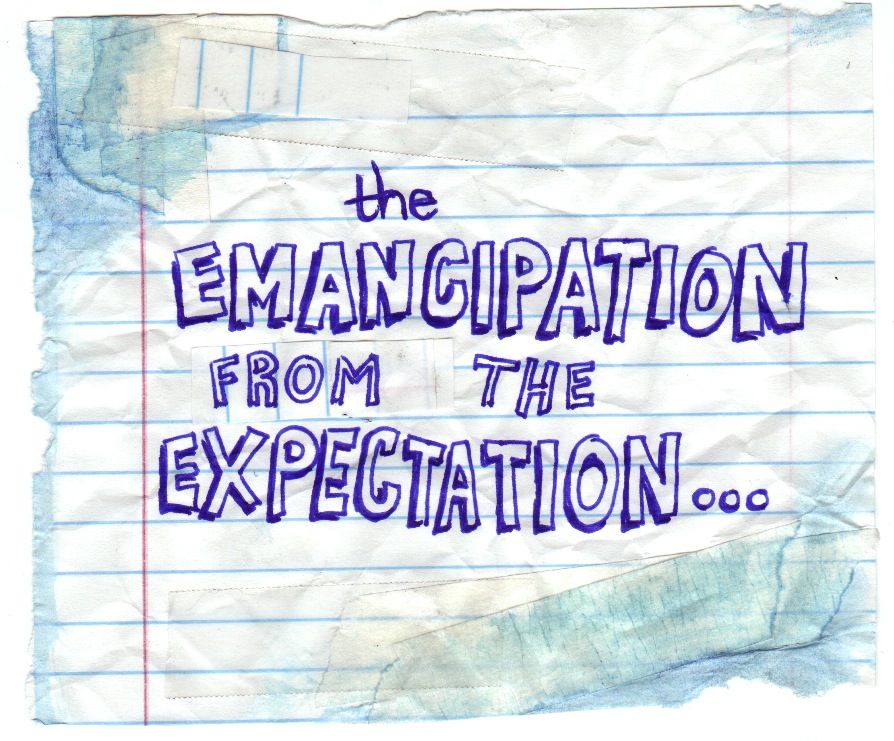 The Emancipation from the Expectation! 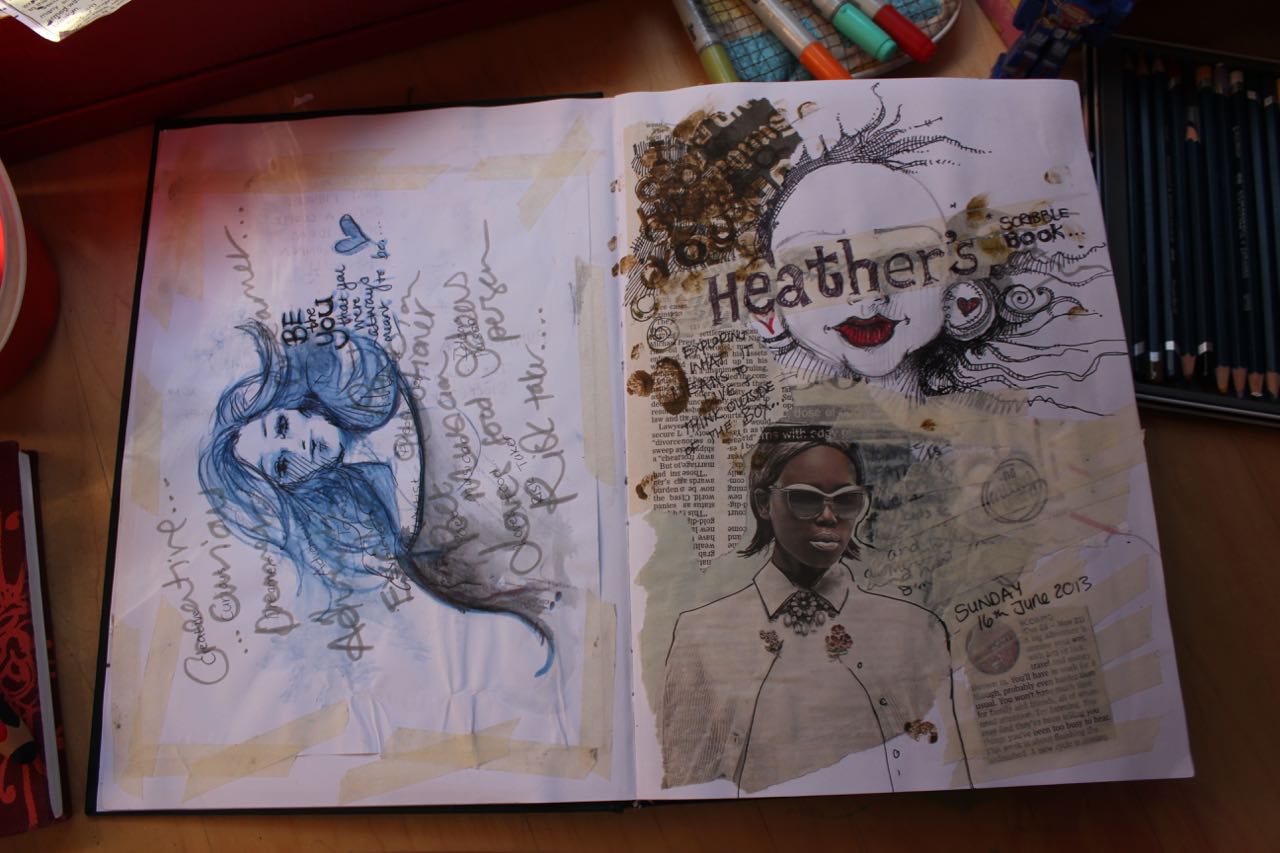 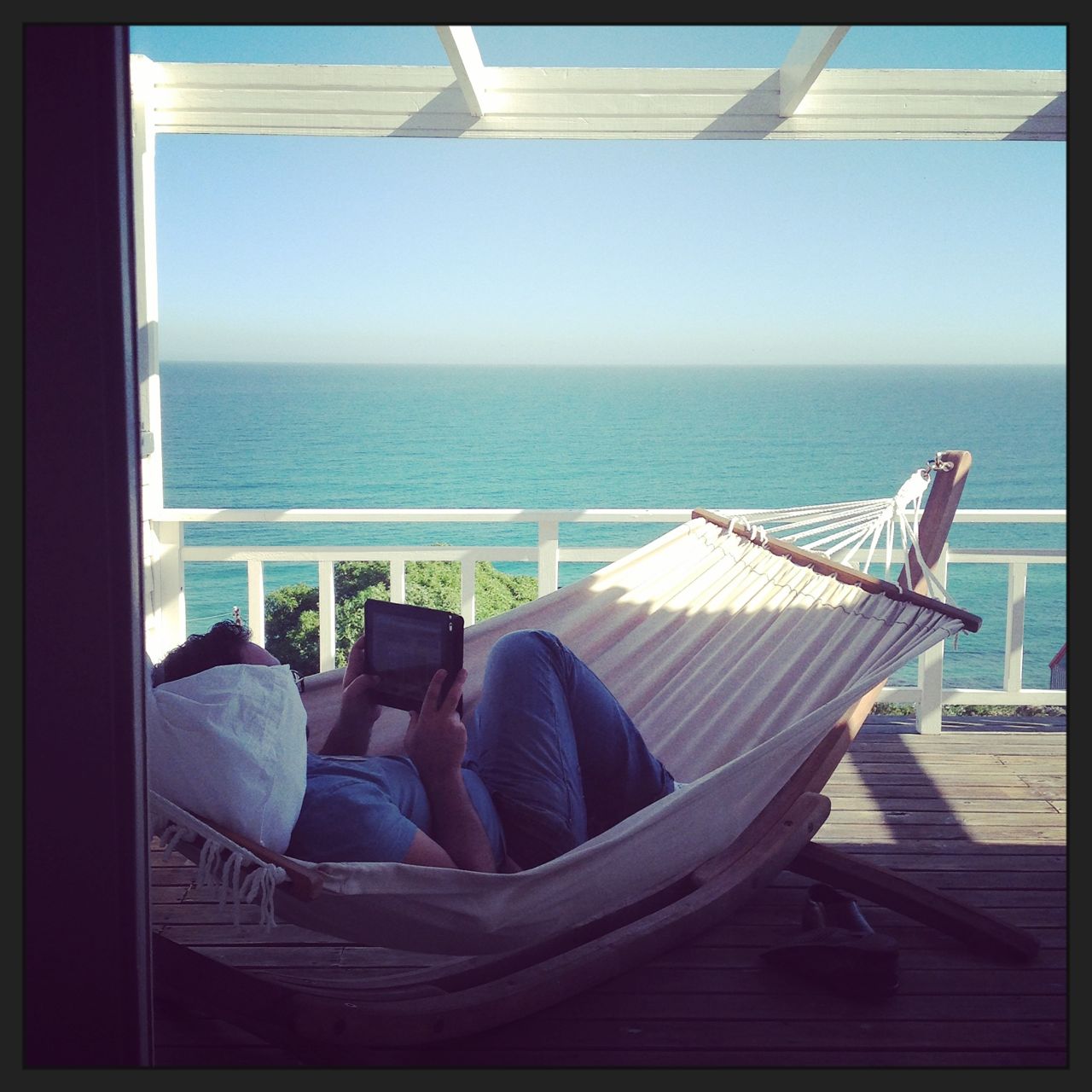 Someone said we had a cool life… and I panicked.