So…  a day or three ago… I was sitting in a coffee shop… and a question popped into my mind.  I immediately wrote it down… and pondered for a while.

Here’s what I wrote:

I think… one of the reasons why that question popped into my mind (in the first place) was because I’ve been thinking a lot about revolutions lately.  Here (in South Africa)… there’s much talk (not to mention hissy-fitting) going on about Tim Noakes’ Food Revolution (for those who don’t know, he advocates high fat, low carb and low sugar.  He also is very vocal about eating ‘real’ food… fresh veggies… grass-fed, hormone free meat… etc).

I do think the world needs a food revolution… and a mass move away from the gunk served up by giant, greedy corporations (both near and far)… and I think that anyone who advocates that folk just stop and… think… before they buy (and before they eat) gets a gold star in my book.

Another reason why I’ve been pondering revolutions is because I’ve been thinking a lot about Russell Brand’s new book… titled “Revolution” (which I have loved reading – and which I strongly recommend for those who are DONE with the Done Thing).  Russell has a lot to say about revolution (when it comes to political and social stuff)…. and I resonate… a lot… with what he has to say.  Nick and I are both fans of The Trews.

The French Revolution… with all that horrendous head-lopping… was blood-thirsty and horrific.  But it changed things.  Drastically.  And I’ve been thinking a lot about change… and what it takes to change Systems and The Status Quo (in a peaceful, constructive way – of course).

So all these revolution thoughts got me thinking about what I would love to see… completely changed.

What… I asked myself… was the one thing that I was so passionate about, that I’d be prepared to launch some kind of wild revolution to see it changed…. (?)

What offends me… about the world at large… on such a deep level – that I would fantasise about a “_______” revolution.

An obvious answer might be a “love revolution”… or a “peace revolution” (and I’d be the first to raise my hand in favour of those)….  but what causes people NOT to love, in the first place?

What causes folk NOT to pursue peace in the first place?

Assumptions?  Fear?  Propaganda that we’ve been trained to believe that war is the only solution… and/or that our leaders have our best interests at heart?   An idea that we’ve latched on to that we (us / our country / our religion) are right and “they” (them / that country / those who follow that religion) are wrong?

A lazy, brain-dead dualistic way of viewing the world?

So…  after much thought and pondering….

I propose that the world needs a MINDSET REVOLUTION!!! 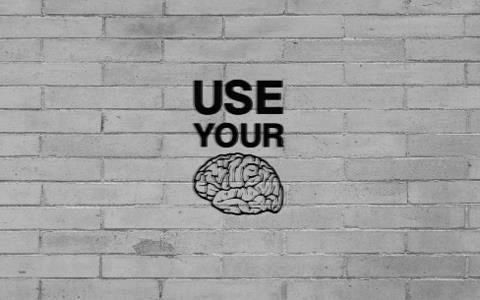 I think we all need to THINK before we do.  I propose that we all make a very real effort to stop being mindless sheeple – and to THINK… and QUESTION… and THINK some more.

But the point is…  I don’t think people THINK enough…. don’t PONDER enough… and  don’t QUESTION enough (and I count myself as one of the guiltiest culprits).

“Do your own thinking independently.  Be the chess player, not the chess piece” – (Ralph Charell)

Here’s an interesting quote to ponder on:

“Every society has notions of what one should believe, how one should behave and how one should look.  These social conventions are formulated in legal codes and religious doctrines, but also in a vast body of social judgements which we take for granted… which indicates what we wear, who we respect, how we live our lives and how we look.  We refrain from questioning the status quo because we associate what is popular with what is right” – Alain de Botton –

I cannot even begin to tell you how often I have failed to question the status quo… because I have associated what is popular with what is right.

I spent a massive portion of my life… plodding along… getting by… making do… surviving… fitting in… being the same as everyone else – and NEVER questioning why I lived why I lived… or why I did what I did… or why I lived in a town I hated… or why I fell in line with the beliefs of my particular religious group… or why I got married at the age of 19 to a man that was clearly wrong for me… or why it was so important for me to look a certain way or weigh a certain amount or dress a certain way…. (of course, I could go on and on and on…)

I didn’t THINK… or QUESTION… or PONDER… or wrestle with my beliefs… or question my religion… or grapple with the Big Fat Why’s… or examine my Way-of-Living.

I never asked myself the Hard Questions.  I just ignored them, buried them… smothered them under a pungent compost heap of unthinking assumptions… and called it “Faith”.

I just acted like a bloody mindless robot… all obedient and compliant-like.  A little puppet with a painted smiley-face… dangling on a string.

Or like someone adrift on a raft… in a giant ocean.  I could have raised some sails and charted a course… but I never did.  I just… drifted.  And allowed Life to take me where it chose.

And I was dumped unceremoniously on many shores that I had never planned on visiting.  Shitty jobs.  Debt.  Meaningless pursuits.  Draining, life-sucking relationships.  Endless people-pleasing.  Expensive homes in the suburbs.  And I’d just shrug… and sigh… and “get by”… and “make do”… and “carry on”…

Everything gets questioned now.

I’m not doing things because “everyone-else-does-it-that-way”… that is simply NOT a good enough reason.  I will do things because they make sense to me and to the well-being of my family and the world I share with countless others.  I will do things… and choose things… and pursue things… because they have survived my initial interrogation and they make sense to me.  Because they resonate with me.  Because I’ve wrestled with the questions and have chosen a path that is true to who I am.

I will make up my own mind, thank-you very much.  I don’t need other people making up my mind on my behalf.  Been there, done that.  I’ve already lived too much of my life having ceded my decision-making to the Status Quo and the Mindless Drift.  Like a subservient, spineless little Servant of the System.

I will live deliberately now.

I will ask the hard questions and forge a path (no matter how overgrown) that takes me in the direction I choose to go.  And if those choices take me down overgrown footpaths with weeds, thorns and thistles – then so be it.  At least I’ll be alive… instead of choking on the smog and congestion of the bland, grey, overcrowded highways of “The Norm”.

There are many path-forgers out there too.  Pioneers.  Machete-weilding Questioners and Truth-Seekers… hacking slowly, painstakingly… through the thorns and the thistles… deliberately rejecting the endless bullshit that the Status Quo dishes up on branded platters and tries to force down their unwilling throats.  There’s a tribe of rebels out there…  slowly connecting… and finding one another.  And every time we do… we’re flooded with a sense of relief:  “I’m not alone on this journey” – “There are others who think – and feel – like me”.

This blog exists – in part – because I’m searching for that Tribe:  The people who aren’t content with hollow, parrot-fashioned answers like:

For the sake of my own conscience (and sanity)…  I just… can’t… keep quiet any more.  And I can’t do nothing any more.

A little end-note:  Long-time readers of this blog (who read the post “An Illustrated Guide to my Personalities”) may notice that I’m slowly starting to channel more and more and more of Ranty (with some Fairy Do-Gooder to balance Ranty out).  The scaredy-cat, impuissant Word-Wuss is diminishing.  And I’m glad.

A typical day in the life of the Costaras family

Hat’s Story (and pile of resources) #3

A trip to the (Wild!) Coast