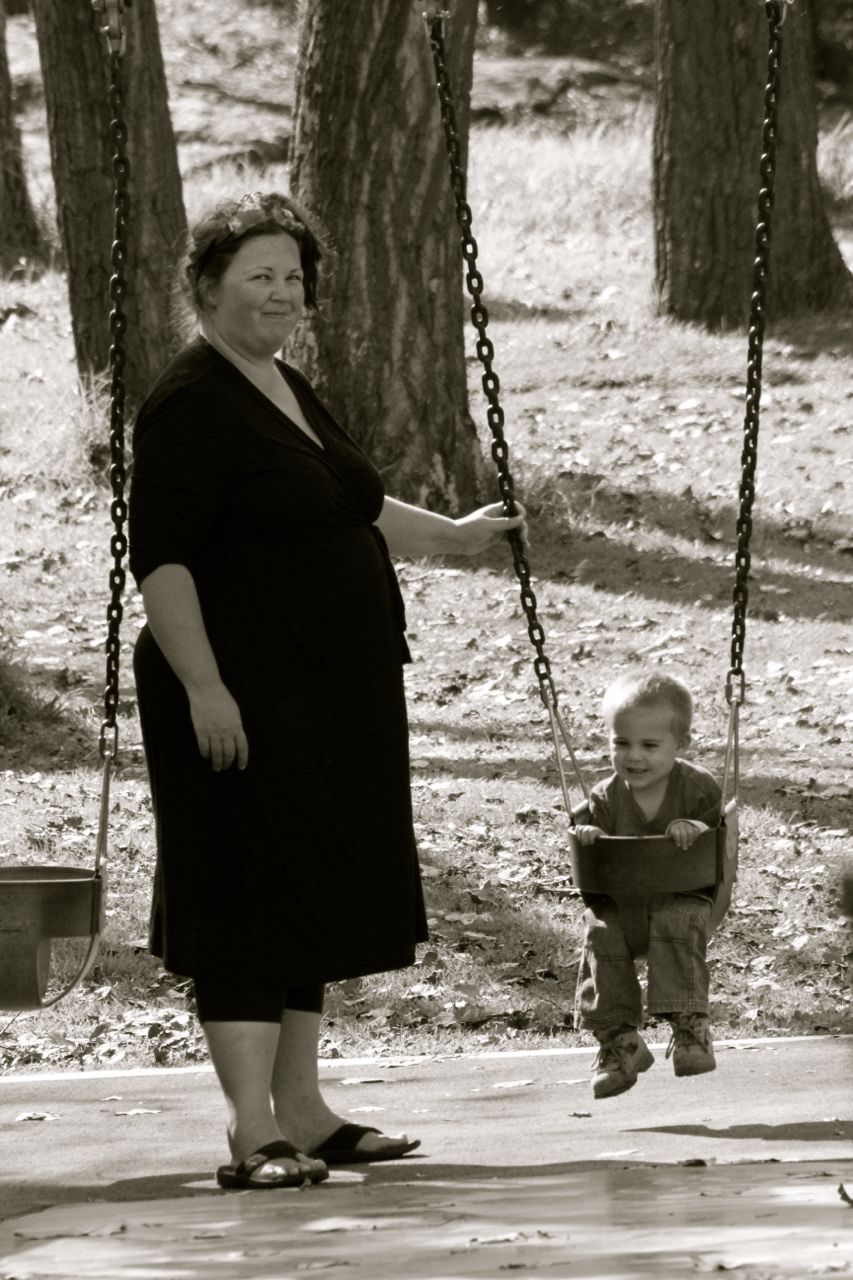 “What do you REALLY want out of your life?”, he asked.

Of course, there are numerous ways that I could respond to that question;

And then there’s the things I DON’T want (considerably longer than the list of things I DO want).

But – even if all of those things were true…  I couldn’t QUITE answer Nick’s original question.

What do I REALLY want out of life? … in a personal sense.

What have I wanted…. long before Nick or the kids came into my life?

What does Heather WANT?  What has Heather always wanted?

I have chewed on this question for the better part of the evening.  And I think I have the answer.  Which is this:

Excuse me while I splash some water on to my flustered face.  This is some painful territory for me to navigate, and here’s why:   I have spent much (most?) of my life feeling invisible and ignored.

Much of this has to do with my obesity.  For a long time, I was very overweight.  And when one is very overweight, people either make very judgemental assumptions about you (i.e.:  lazy, poor, worthless, stupid) – or they just don’t SEE you at all.  I can’t count the amount of times that people have looked right through me… or right past me – as though I wasn’t even in the room at all.

Here’s some pictures of the me-of-the-past: Think about first impressions – and consider, briefly, what you would have thought about me, had you met *this* version of me… And what about THIS Heather? Do you think she’d have anything valuable to say? Any interesting opinions or ideas? What judgements would you make about *this* Heather…? And how about this Heather? Holed up and hiding away in her studio? If you met me then… would you EVER guess that I’m an artist, a thinker, an adventurer? How would you… file… me?

The fact remains (and whether I like it or not… and I don’t like it!)… people WILL judge other people by their appearance… their race… their age… and yes – their size.

Many times, I would be with Nick at some work-related event… and would be introduced to his colleagues and friends.  As the evening progressed, and conversations started up, I would often find myself as the invisible individual at a table full of people.  One example is a dinner we had with a well-known American author (in Portland).  Throughout the evening, the author kept everyone entertained with his stories… however, although there were 6 of us at the table (4 men and 2 women)… the author made regular eye contact with every person present… except me.  It was as though I were a ghost to him – completely invisible.

This was a recurring theme during those years when I was swallowed up by low self-esteem and body-shaming.  It happened often.

And before you begin to wonder whether it was just all in my head… and that I imagined it all (due to self-esteem issues)…  remember too, that I have also been thin and blonde!

Here’s a pic for the evidence file: When I was thin, young and blonde… I was taken aback at how… differently… I was treated (compared to when I was overweight).

Another example that sticks out in my mind is about a man called Charl who lived in my townhouse complex when I was thin and blonde (I was single at the time).  He regularly came over for coffee and incessantly asked me out on dates (which I refused, because at the time, I was very Christian… and didn’t want to be ‘unequally yoked’ with an unbeliever).  Anyway…. Charl used to call me his “Little Angel”.  He even wrote cards and left gifts at my door.

A few years (and an embarrassing number of extra kilograms) later…  I bumped into Charl at a shopping centre.  Recognising him, I waved hello… and Charl’s response?  He looked at me straight in the eye… and then, looked over my shoulder and brushed past me as though I wasn’t there.

I remember thinking:  “What happened to My-Little-Angel?  I’m still the same person!  It’s still ME!  Is my primary value based only on what I LOOK like?”.

Thin-Heather was allowed to be an Angel-Heather…  but Fat-Heather?  She was a nobody.  She didn’t even exist.  The Invisible Woman!

These days, I’m 30 kilograms lighter than what I once was.  I’m still not a thin person.  I still have a big bum… but I’m not fat-fat.  Not fat enough for people to publicly scorn and ridicule me (like they used to)… and I’m not as invisible as I used to be – which is a pleasant change.

But still…. after all those years of being considered a non-person…  with people evaluating me and judging me… (and considering me un-worthy) based SOLELY on my external appearance…  I have a very deep and personal need to be SEEN.

And – I often think that this is a very deep, personal, human need…  to be truly SEEN by those whom we interact with.

I want people to see the REAL Heather.

I want them to see ME.  And… likewise… I want to see them.  I want to catch a glimpse of what is behind the masks that people wear (which is why I hate small talk.  I would rather dive straight into the topics of addiction, love, passion and pain than pussy-foot around with meaningless grumblings about the weather!)

Note that I didn’t say:  I want to be agreed with.

That’s very idealistic, I know.  Not everyone will get me… not everyone even wants to get me.  I get it!

We have some relatives whose political perspectives and general outlook are COMPLETELY foreign to the way I understand life.  I couldn’t disagree more vehemently with their belief systems if I tried.  But, every time I see them… I try my best to understand them.  I try my best to see things from their perspective… to observe the world from their corner of the room… and to understand them (even if I don’t agree with them).

Often, I don’t succeed.  Often, I’ll say to Nick:  “I just do NOT understand how she thinks!  I’m trying soooo hard to understand, and I just don’t GET it!”

But, at least my lack of understanding is not for lack of trying to understand.

I deliberately keep people in my Facebook feed who express views that I strongly disagree with.  I don’t want to be the type of person who surrounds myself only with those who are the same as me… and those who agree with my perspective on life.  People who view the world differently – give me an opportunity to expand my understanding of ‘the Other’.  It’s not easy… but it’s necessary… or, at least, it’s necessary for me.

THAT’s what I mean, when I say I want to be HEARD.  I neither expect – nor want – the world to agree with me.  But, I deeply desire the world to hear me nonetheless.

When I begin to understand that the need to be SEEN and HEARD drives so much of what’s inside of me… it’s almost like everything else clicks into place.

MY deep need to be seen and heard… has naturally spilled over in to my many projects – in ways that suddenly make so much SENSE!  It’s my way of not being invisible any more… of not being the wallflower… or the fat, faceless dinner guest… or the woman that people only know as “Nick’s wife” or “Morgan and Joah’s mother”….

There’s more to Hat than that. One of my favourite ways of just… being *ME’ish*… @ The Mad Hatster’s Coffee Cabaret (photo taken by Lauren Kim).

PS:  And with this understanding… finally… in mind…  I have made the decision about the 3 projects I asked for your help with.  Your results tied – by the way… so I was forced to make the decision on my own.  And with the help of Nick’s what-do-you-REALLY-want-out-of-life question… I finally have!  🙂 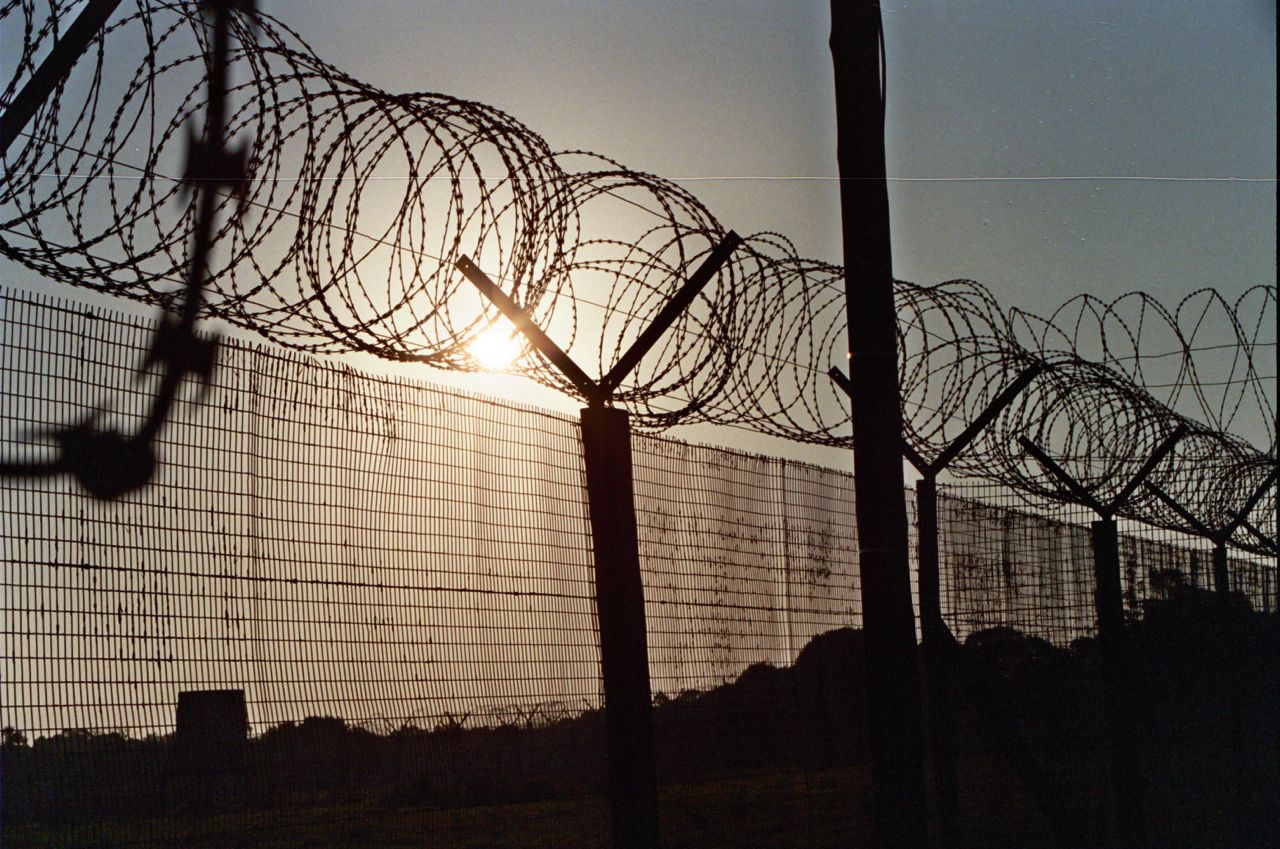 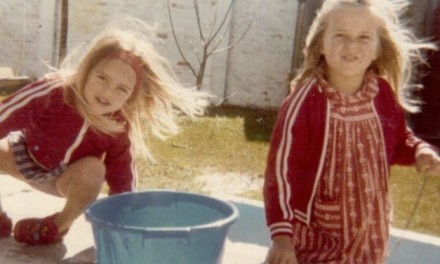 Why did mom dress us the same? 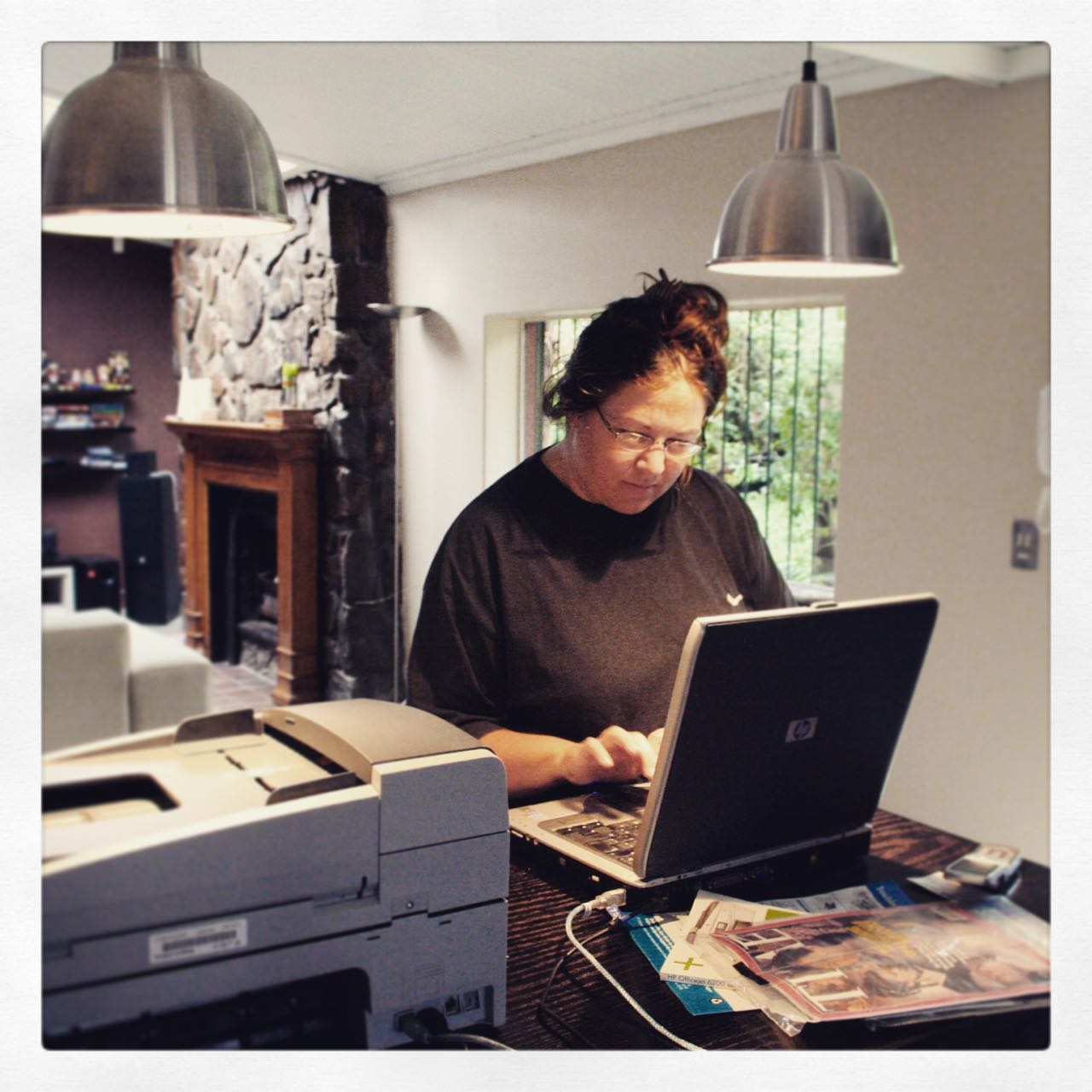 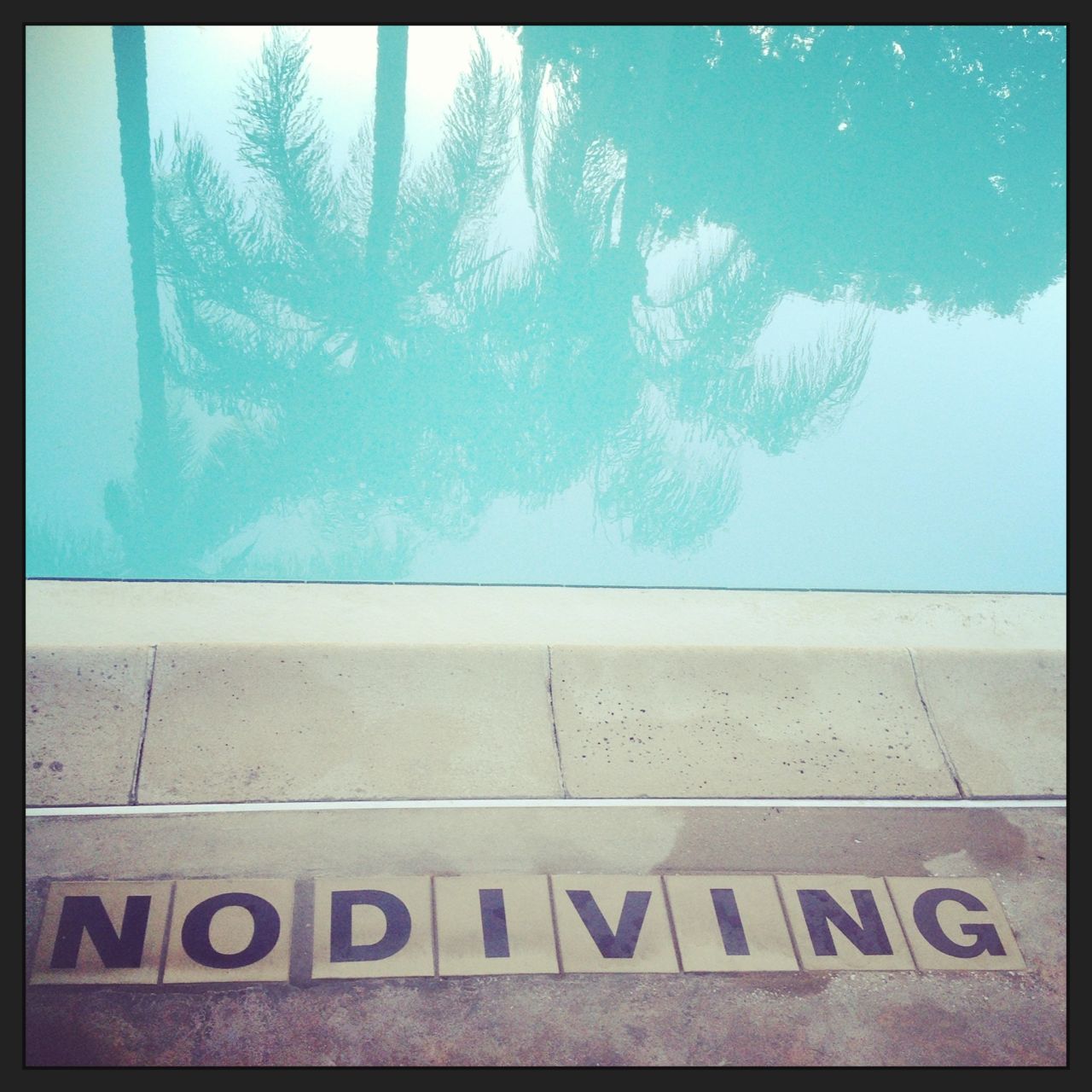