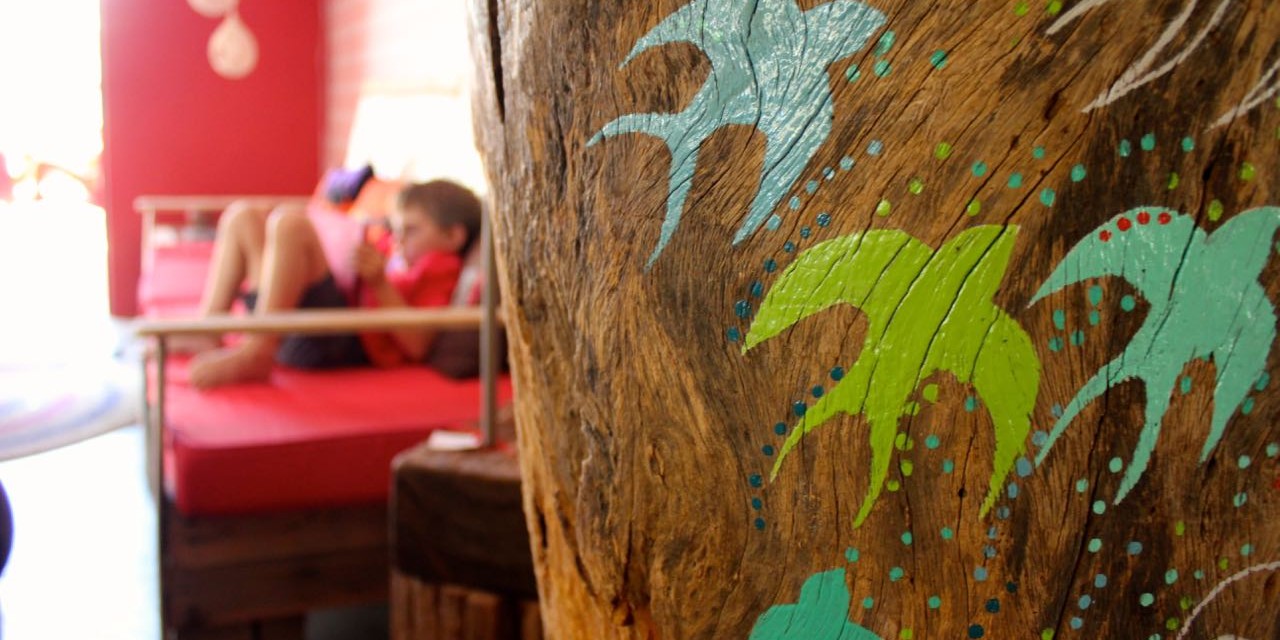 In just a few weeks we have already learned soooo much – just by getting OUT of our usual environment and exploring!

I say “we” – because it definitely isn’t just the kids learning… I’m learning too!

As for the kids, they have both been very busy experiencing life and learning through seeing / touching / visiting and asking lots of questions…

Here’s some of what we’ve learned thus far:

We’ve visited a giant baobab tree (and Morgan tried to climb it).  We all loved that tree… absolutely magnificent.  If I had said “baobab” before – I would have received a blank look.  Now, the kids know exactly what I’m talking about – and they want to know when we can visit another one. Morgan and Joah now know a LOT more about olives!  They’ve picked them… tasted them… and know that they grow best in arid regions like the Karoo.  They also know that you can make lots of different things out of olives… including oil, chutney… and even jam!

They’ve hunted for wild mushrooms (but since I know nothing about which mushrooms are what – I thought it best NOT to fry them up in a pan for supper!)…

We have learned about hippos.  Joah and Morgan now understand that hippos are herbivores (but prefer to say “vegetarian-like-Aunty-Tracey”).  They also know that hippos are aggressive and territorial (Jessica being the only exception to this rule)… and that crocs are very wary of adult hippos. We know that female hyenas have fake testicles and a retractable ‘penis’.

We know that a baby giraffe gets it’s first jolt of life – and takes it’s first breath when it “drops” out of it’s mother at birth.

I always knew that vultures eat dead things… but never knew that they are SO uninterested in living things that there are rabbits happily sharing cages with them (at Moholoholo Rehabilitation Centre).  A rabbit wouldn’t dare share a cage with an eagle or owl!

We learned that honey badgers are virtually indestructible – and are even immune to snake venom and bee stings (!) – but, in spite of this, their survival is being threatened by elephants who are doing a very thorough job of destroying their natural habitat (in this part of the world).

The kids now understand the difference between reptiles and mammals… and are starting to understand amphibians.

We’ve got up close & personal (and I have touched) a baboon spider or tarantula (not sure which).  The kids know that spiders don’t have to be scary… but are actually rather fascinating!

The kids have played with a tortoise… stroked a cheetah… fed a hippo… scratched the head of an eagle… visited lion, leopard, wild dog, baby giraffe, ostrich and hyena.  They’ve fed sheep… petted lambs… fed apples to warthogs… hunted for mice & crickets to feed a wounded owl… gathered porcupine quills… shouted at baboons and impala… and can tell you exactly what an adult kudu looks like (after one almost collided with our car!).

Feeding apples to warthogs (with their cousin, Kyra)…

They’ve visited a working dairy and now understand how cheese is made – they even sampled slithers of strong cheddar and parmesan. Morgan sampled her first pomegranate (but it was a bit too sour and she didn’t like it).

We have spoken a lot about alcohol – ever since the kids saw two drunk children begging for money outside the OK Food Store (to buy more cheap wine).  We’ve had the “alcohol is not for children” talk… and the “everything in moderation” talk (when they wanted to know why WE had purchased a bottle of wine).  There were also lots of questions about how grapes are made into wine.

Morgan invented another recipe… this one with custard, nutella and sugar.  She was also glued to the hotel TV (in Bloemfontein) for her first-ever episode of Masterchef.  I suspect that if we had DSTV, Masterchef would be her favourite TV show!

The stars are gorgeous out here in the Karoo… Nick has already pointed out the Southern Cross and Orion’s Belt to Morgan… and there have been many questions about planets.  Morgan also knows that “Jupiter is the biggest planet in our solar system and has lots of moons”.  As I type this blog, Nick and Morgan are outside – watching for meteors (so far, they’ve spotted 4).

Morgan also uses her Leapfrog Reader to learn more about the Solar System (hence knowing about Jupiter and the moons).

There has been painting & drawing… They have collected pebbles in the stream and painted them…

Morgan has been collecting and painting rushes…

We’ve had lots of fun making “Nature’s ABC’s” .  As you can imagine, there was much enthusiastic participation with this little exercise! “I spy with my little eye”… has been a great travelling game to practice phonics (especially for Joah).

And – of course – bedtime stories.

There has been much arguing about money.  Nick gave Morgan and Joah a small allowance and there has been much counting (of money)… and comparing their money… and trying to persuade us to give them more (money)…

Morgan has become a lot more interested in checking price tags on items at the shop (or the craft market).  Now that she has her own R15, she wants to know what she can afford to buy with that amount (not much!).

They’ve also counted the rings on tree stumps in an attempt to determine their age.

And they’ve played numbers games on the iPad.

Joah composed a song in Garage Band on the iPad.  Seriously.

They watched a 6-piece marimba band in action (in Hoedspruit).

Clearly – Morgan remembered what I had told her about the marimba – because, just 3 days ago, she made her own marimba with thick chunks of wood (from the farm) cut into different lengths.  She lined them up on the lawn and whacked them with sticks – and showed me how the tones of the wood changed depending on the length and thickness of the cut.

I was very impressed with what she had learned!

They learned what life was like in the 1800’s and early 1900’s at the Fransie Pienaar Museum. They learned about road engineer Thomas Bain and the 240 prisoners who constructed the Swartberg Pass 126 years ago.

They were fascinated by cultural dancing and storytelling at Kyra’s school in Hoedspruit. The kids have met lots of lovely people – and everyone has been exceptionally kind and friendly towards them.  There was an old granny who enthusiastically demonstrated how some of the local dinosaurs would have walked (in the fossil section of the museum at Prince Albert)…. to the local farmer (and owner of our Karoo cottage) who took the kids to feed his sheep and pet his lambs.

They’ve also had the opportunity to play with smaller friends.  They absolutely loved spending lots of quality time with cousin Kyra in Hoedspruit (who introduced them to all of her school friends).  And here in the Karoo, they’ve befriended Edwina (the 8 year-old daughter of the owners of the guesthouse in Klaarstroom where all of the cast of Faan se Trein are living).

We’ve also been having lots of serious talks about “strangers”.  I believe that most people are good… and most people would NOT harm a child.  So, the whole “don’t talk to strangers” advice is – to me – horrible advice which makes children scared and suspicious of everyone.

My only rule?  They mustn’t GO anywhere with strangers.  But talk?  Absolutely!

The kids have had loads of opportunity to run… play… build lego… jump on trampolines… dig in sandpits…swim… paddle… go on walks… wrestle with their dad… climb on jungle gyms… and just have F-U-N. There are many different ways to ensure that our children are educated and prepared for life.

I don’t believe that there’s one “right” way – and that everything else is “wrong” (come to think of it – I feel the same way about a lot of different things… religion included).

I believe that parents know their kids better than anyone else – and more than anyone else, have their child’s best interests at heart.  Whatever route those parents decide to take (when it comes to education)… is their choice.

And there are many options:

And… of course… so much more.

Where did so many of us get the idea that there’s only one “right” way of educating our kids?

In closing… I salute parents and teachers and everyone else who cares deeply about children and wants them to receive the best possible education.  We may differ in opinion on what “best-possible-education” actually means… but I think we all have the best interests of our children at heart.

And that’s a good thing. 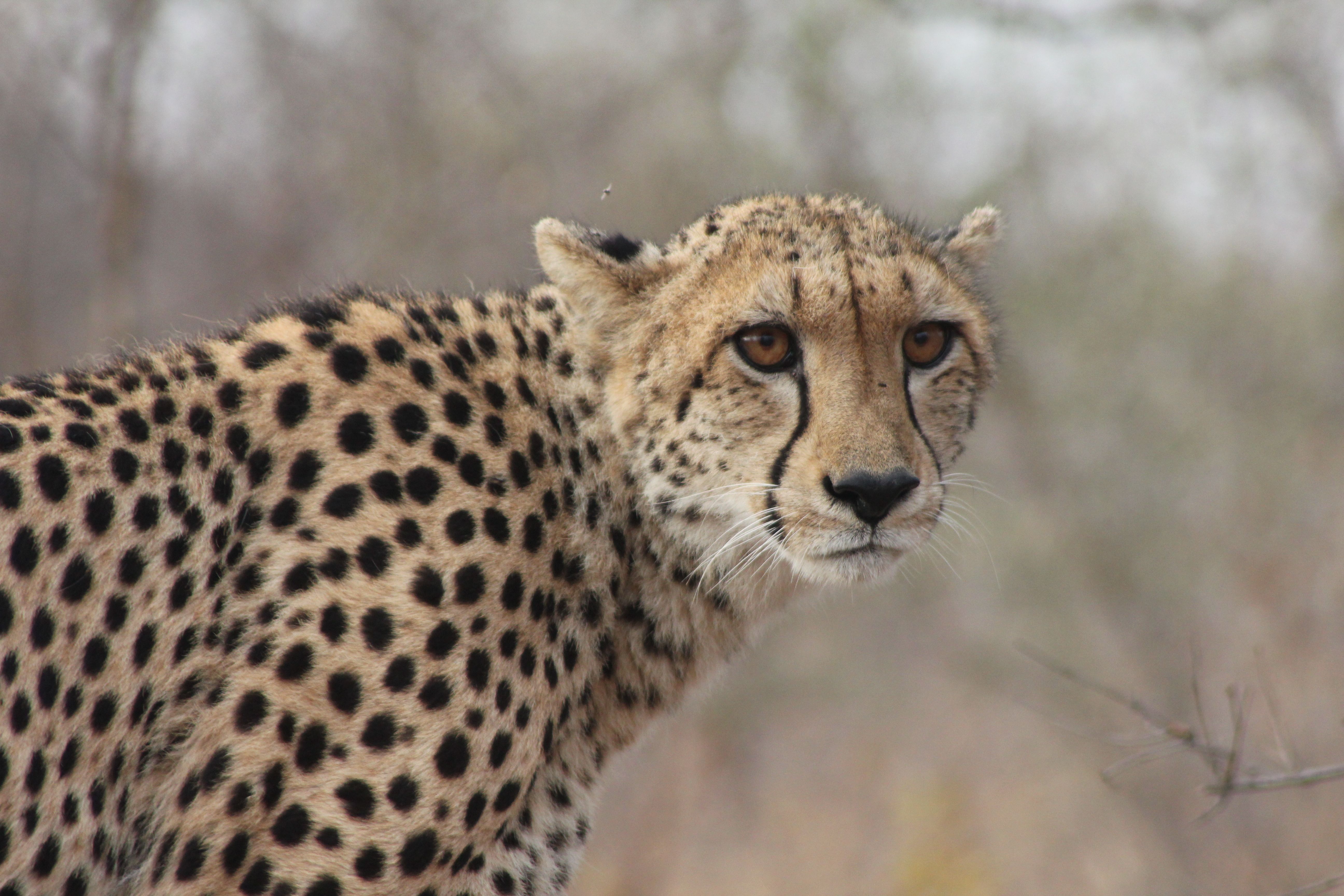 Stuff I take for granted, living in Africa 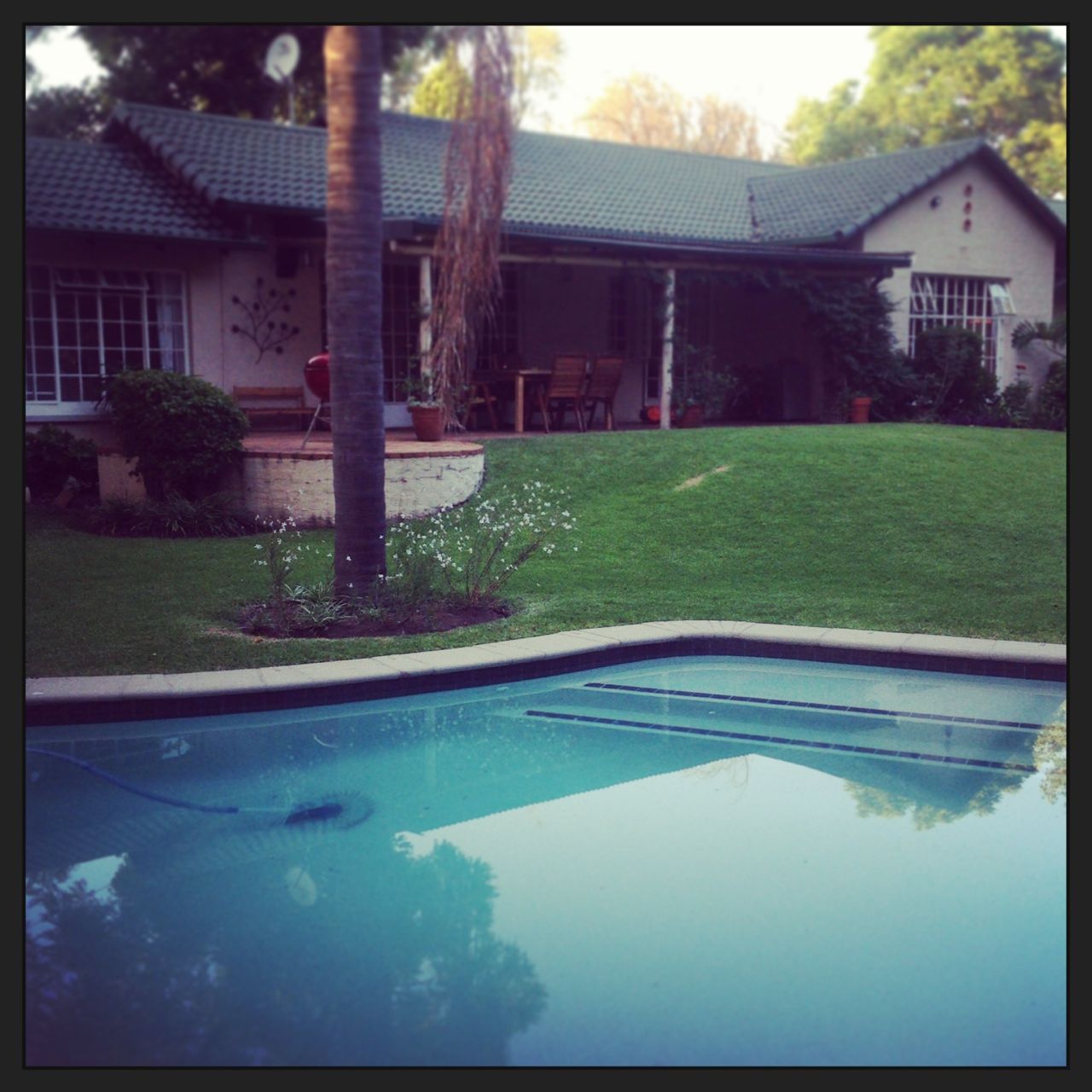 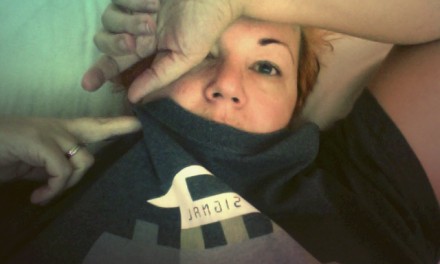 What would I do if I weren’t afraid? 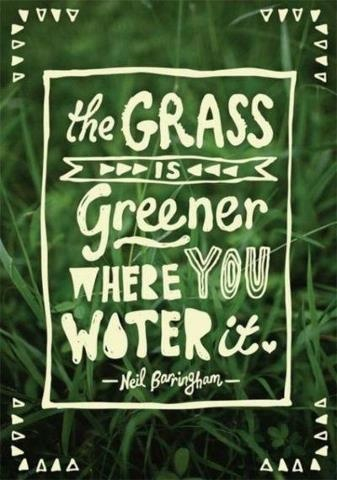 Another lesson in humility…